A popular expression from NLP is the phrase, “the map is not the territory”, neatly describing that a particular description will not entirely reflect the details of some object or concept, but will act as useful information nontheless. The difference between map and territory is however important to understand. As Wikipedia puts it:

An expression coined by Eric Bell and popularized by Alfred Korzybski, and used in General Semantics and Neuro-linguistic programming, ‘the map is not the territory’ recognises that individuals may mistake a metaphorical representation of a concept for the concept itself. A specific metaphor may not capture all important facets of what it represents, and may thus limit an individual’s understanding unless the two are distinguished.

With this established, I can now twist and contort it into something marginally related to level design and the other definition of ‘map’.

Problems with maps from new designers come in two forms: trying to do too much, or achieving too little. Every level designer has worked on a map that just grows and grows and grows but in the end, as vast, detailed and intricate as it is, it fails to meet the requirements of the game (often through excessive complexity). Similarly, every level designer has created a map that barely exists, consisting of very little content bar the map’s structure itself.

The best way to determine if a map is one or the other is to compare it to similar maps (in gameplay/style), and decide for ones self how they compare, what features are present or missing in each and how they contrast in terms of size and design.

Going back to the original expression, one should always understand that as simple as a concept sounds (“Let’s make Leicester Square in CS:S!“), reaching the implementation is tricky and the result will consist of many facets and details that were not in the original plan but significantly affect the execution of the idea. As fun as it might be to make such a map, and as realistic as it may be, one must always consider the issues buried deep within. Getting too carried away (or not doing enough) will result in a flawed execution of what seemed a good idea.

The best ‘realistic’ maps come from customised, tweaked versions of the world, with bits chopped off and other bits stuck on, but still mostly resembling what we all understand whilst also fulfilling the restrictions and ambitions of the game. The map should not be the territory.

Also, to explain where I’ve been the past week (and why this blog has been mostly derelict for the past two), this should explain a little: 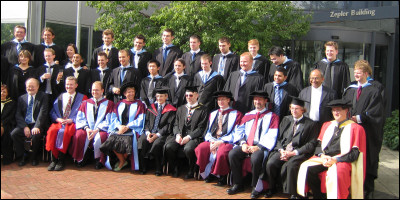