The terrorist attack on London yesterday was terrible, but as always, us British continue as normal. It has however affected one of my long-term plans: to build a CS map based on the London Underground that doesn’t suck.

There are two points here. First, should events in the real world affect my want and desire to create such a map? The attacks were bad, people died and their bodies are still in the tunnels and on the affected trains, teams evacuated due to safety concerns. I’m don’t want to get into the entire discussion about terrorism and art because that’s not what I do. I really want to recreate the feel of the London system in a map, but avoid any references to the attack and hopefully create the same map that I would have done if there were no attacks. Timing is obviously a factor. It’ll be hard to create a map without triggering thoughts of London yesterday. 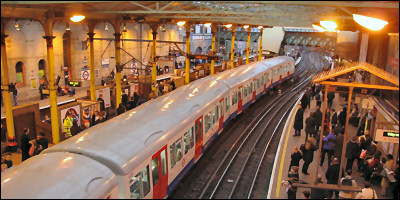 Secondly, why do all CS maps involving subways or underground systems really not work? It actually isn’t CS-specific, but these places never feel as honest or as involving as other themes and locations. Typically, they feel fake and monotonous. I realise that generally, underground systems are boring and monotonous, but so are warehouses and docks, which have been brought to life on numerous occasions. It’s one thing to create such a map, it’s another to make people feel like they want to play it.

Usually, these maps are just too dull, square and neat. Sometimes they’re completely the other way (over the top, unrealistic and dark). Never do they quite pick up the fragrance correctly. The Tube is full of variety and colour, and combined with the above-ground stations, offers quite an opportunity for a mapper to create something that not only looks good and feels real, but plays well and lasts long. 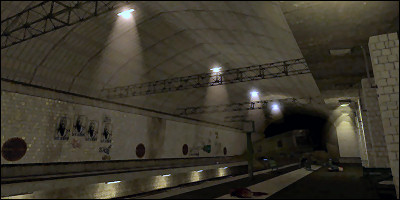 The key thing with themes where there is monotony and a sense of over-consistency is to invite individuality and variety within the same context. Landmarks work in concealed environments, they just have to be presented very differently. It’s one of the hardest skills to grasp, one I still battle with (I much prefer creating outdoor environments rather than largely indoor ones) but one that will open the door to a much more interesting variety of themed maps.